HomeLearn How To Play Craps

Casino party games offer a great opportunity for beginners to learn to play without the pressures of a real Las Vegas casino. For example, if you have ever been to one of our casino parties where there was a craps table, you may have heard some crazy phrases referring to the roll of the dice. Some do serve a purpose, but for the most part, they are said to add humor or spice things up. But just so you can get an idea of how the game works, we have outlined some basic craps call-outs. Below is a list that our dealers use or have heard in Las Vegas Casinos. 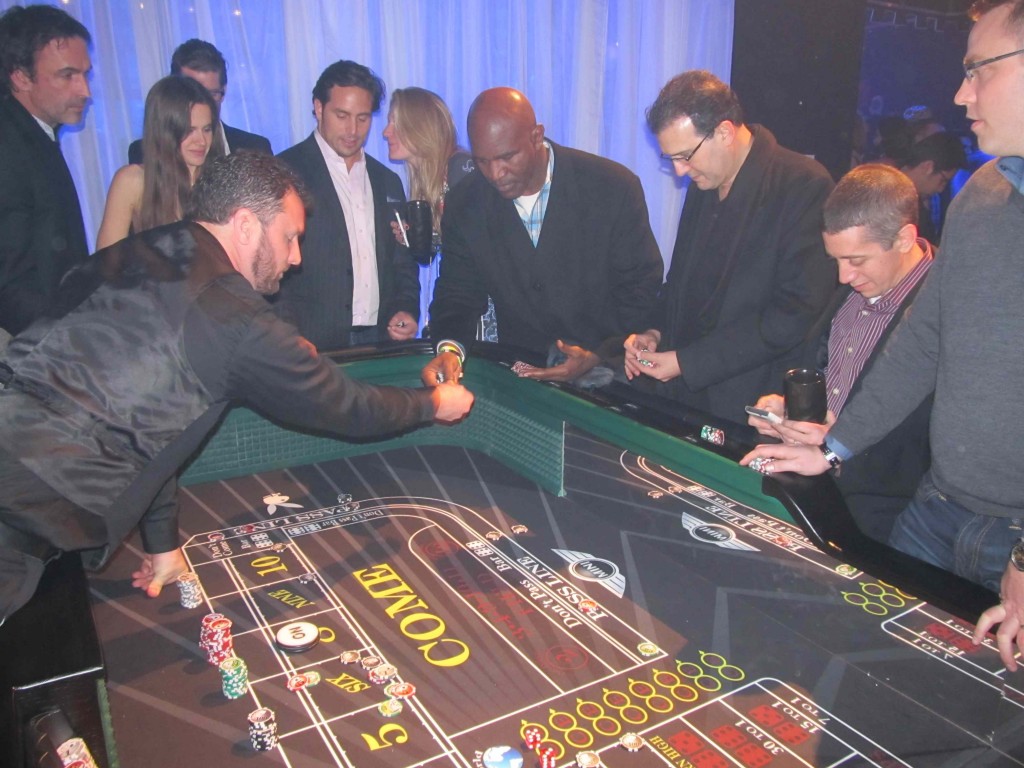 Two: “Pair of A-holes,” “Swallow the COME, spit twice on the FIELD”.

Seven: “Three-four, get the F**K off the floor”

Players often ask the dealers how to play craps, and a lot of times; dealers will respond with a call out like the ones below:

When the dice are no longer on the table for you to throw, the dealer will call out with one of the following.

When people first learn to play craps, these random phrases are confusing and overwhelming to players who have no idea what they mean. This is why having knowledgeable dealers who know the finer details of each game is beneficial for your guests. To ensure your guests have a good time playing, be sure to ask your rental company if they have dealers who can teach players. Let them learn how they should approach the game with a winning strategy. You want your guests to have a good time, and no one likes to lose all their money. 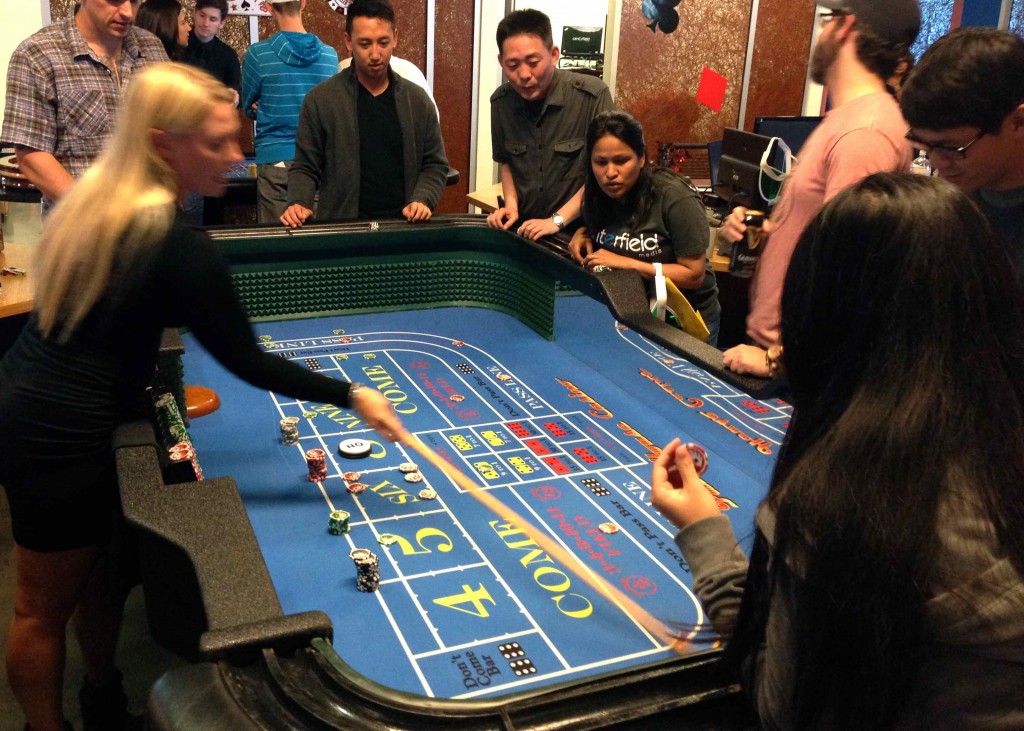